Since Twitter withdrawned its native Twitter client from OS X a while back, I had to find a new application to replace this handy app, and I settled to Tweetbot.

To be honest, I read some reviews before deciding which app to choose. At that time, most people were lurking into Tweetdeck, Twitteriffic, or Tweetbot. All that I knew was that I won’t be using a web app like Tweetdeck so I decided to try Tweetbot. I do not use Twitter on my Desktop a lot, except for grabbing images or read bookmarked threads. Indeed, I mostly reading Twitter from my iPhone, and as always Twitter is more of a Pinterest to me than a social tool. So any native app that would bring me back the basic functionalities I had with the preceding app would fit the bill.

And now it just happened: I updated to Tweetbot 3 after having played with Tweetbot 2 for a month or so. Tweetbot makes me feel like I am using the old Twitter native app (even if I now have to pay for using it) and that’s probably a reasonable choice for what I use Twitter for. On the plus side, it has some additional features that makes interacting with Twitter enjoyable again. 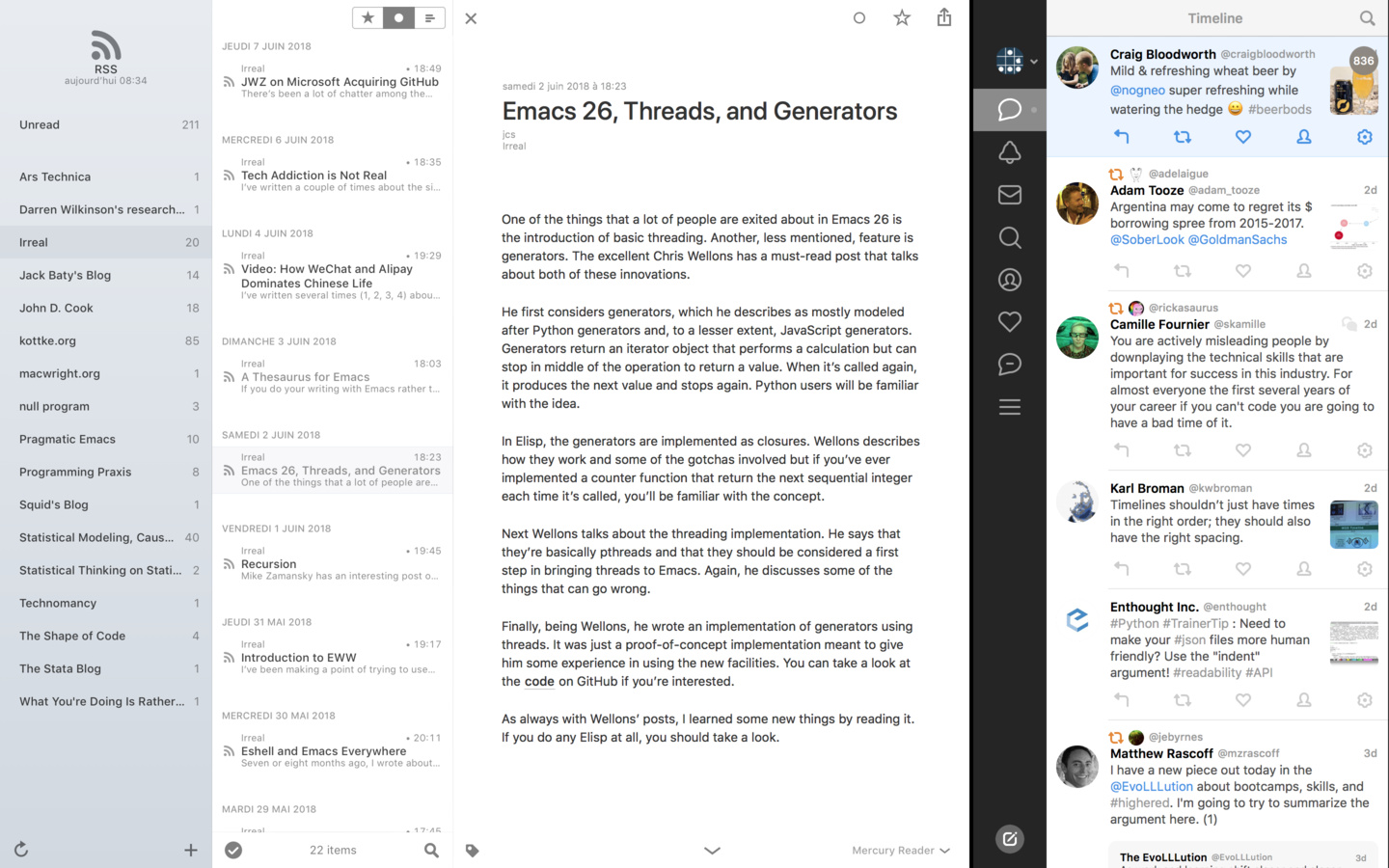