A brief survey of ODBC and database connectivity on Mac OS X, since I wanted to test ODBC drivers on Stata (see How do I set up an ODBC Data Source Name for Stata on Mac or Linux/Unix?).

What is available on OS X?

However, ODBC connectors seem to be slowly updated for newer version of OS X. For example, the latest release of MySQL Connector/ODBC targets 10.6 (but it should work with 10.7 and onwards). There are detailed instructions on how to install the ODBC connector from either a binary or source package. Please note that there is a packaged installer where we can see what’s going to be installed on the system: 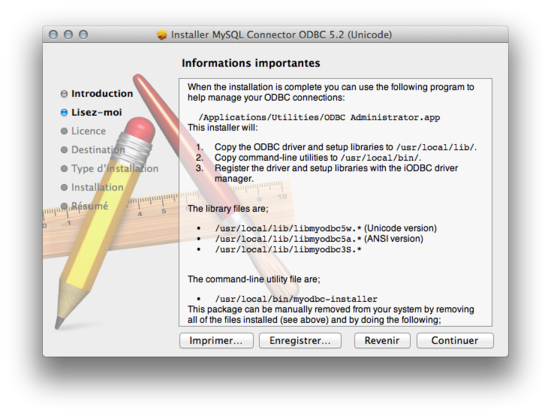 Unfortunately, there’s no file libmyodbc3S.so as reported in the above screenshot or in the on-line help. As I used the tarball, I just copied files in bin/ and lib/ to my /usr/local. Then we need an odbc.ini file. I copied the one in the test/ folder in ~/Library/ODBC (which I had to create), and changed absolute paths in there. Then I just used ODBC Administrator to configure a User DSN, according to the instructions. 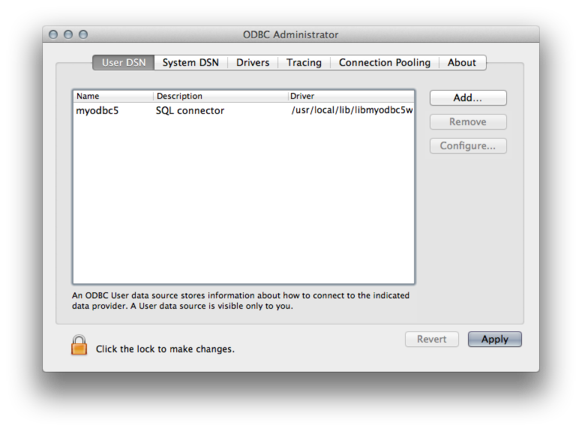 We can also check that it worked directly from the command line:

For PostgreSQL, things were supposed to be a bit more complicated if we refer to this blog post: ODBC on OSX 10.7 for Postgresql is broken: a suggested fix. But wait, aren’t we all working on a BSD platform with all GNU tools? I first tried to compile psqlodbc-09.01.0200 from PostgreSQL File browser.

This should install psqlodbcw.{la|so} in /usr/local/lib. I then added an entry to ~/Library/ODBC/odbc.ini (and correlate its entries with the file odbcinst.ini, as indicated in the IODBC FAQ). Guess what? This just works:

Using the example from my last post, I first imported the auto.txt dataset into MySQL. I have probably an outdated version (Server version: 5.5.18 MySQL Community Server (GPL)) but that’s another issue. I happened to record the dataset as follows: 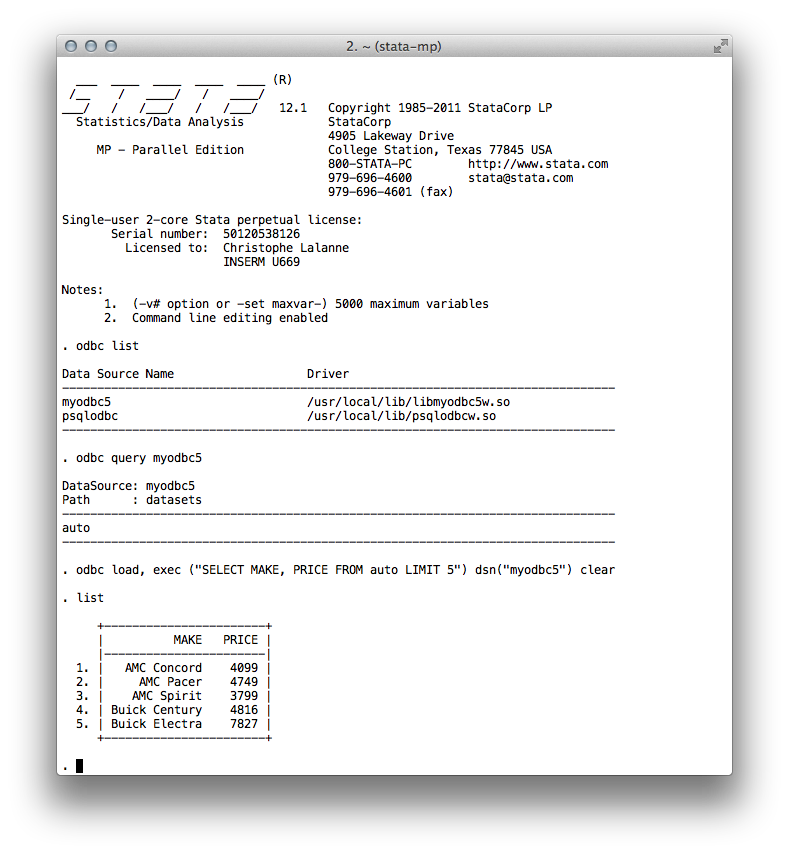 How about R with the RODBC package? Let’s try it: 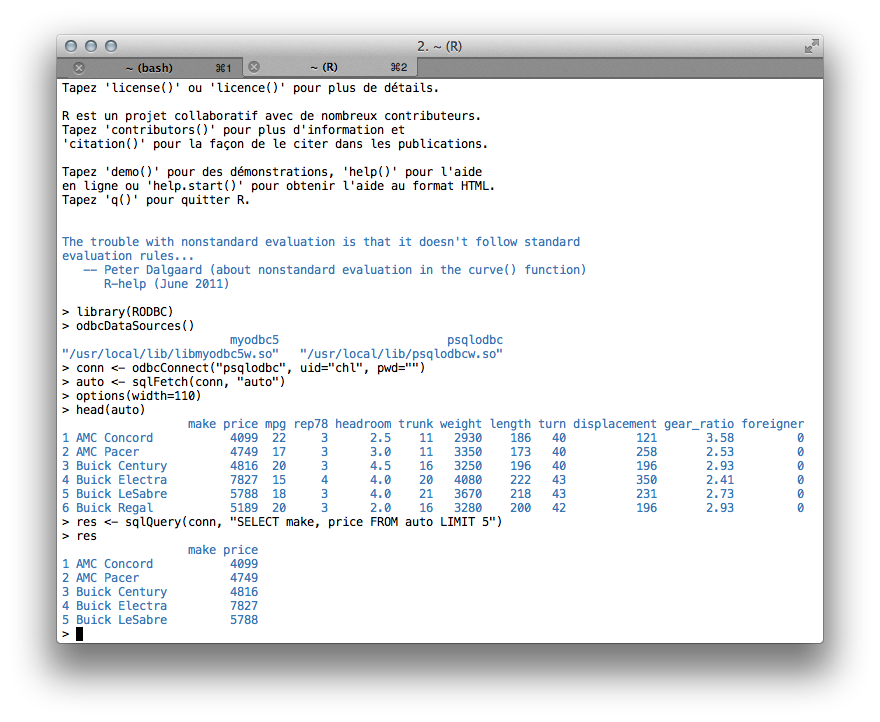 Next adventures in “Data Land”: Connect from Emacs on my Airbook to a SAS server installed on another Mac running some Windows flavor (probably XP) installed on a USB key through Virtual Box! (I don’t really like the idea, but I have to use SAS for a course.)

Not tested (probably because I don’t see any point in using SQL Server or other Microsoft technology, let alone Excel): Accessing MSSQL databases from Excel 2011 on Mac OS X 10.7 Lion.